East Chicago, IN – A panel on the topic of raising the minimum wage last evening ended with powerful and extemporaneous oratory from a Local 7-1 member. 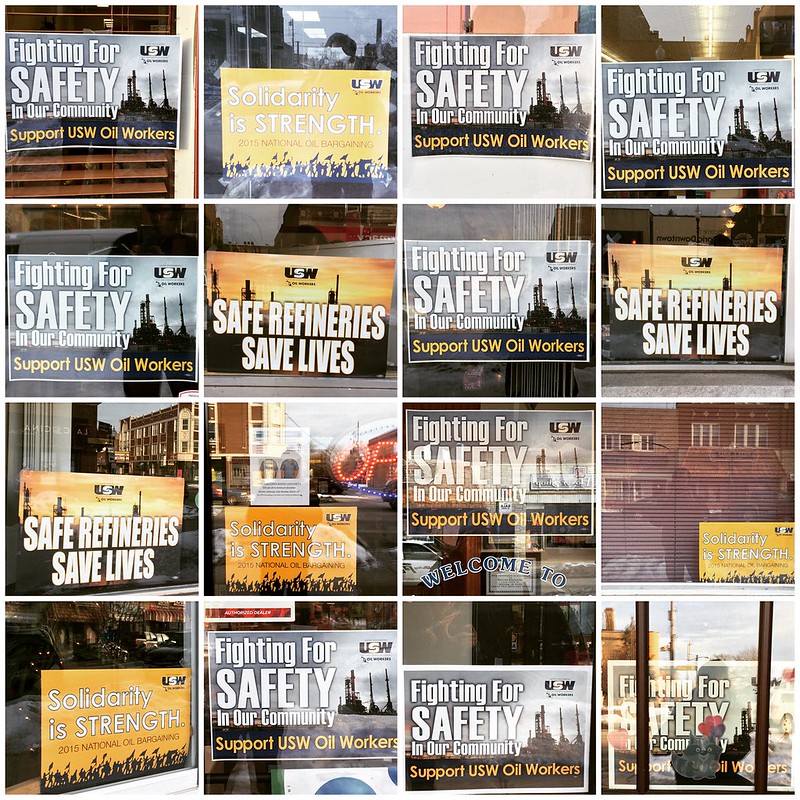 Good evening everyone. My name is Ebonie Parker. I am a third generation union member. My grandmother started at US Steel Coke Plant back in the ’70s. She retired in the late ’90s. She was a 1014 member, and she worked tirelessly with her union, and I saw that as a very young kid.

I watched my mom, who was a very proud SEIU member. She works for Methodist Hospital in Gary, Indiana. I watched her at the age of 17, on the picket line with her union, and even at that time I didn’t recognize the value of a union.

I was blessed to forward in life, in my endeavors, and took at job at BP right here in Whiting.

Many people here know that we’re currently on the picket line. I’m here today because I want people to understand why we’re on the picket line. We’re not there for the wages. The Lord has blessed each and everyone of us to make a very good wage over there. We’re on that line for safety issues. And I want to go home at night. This is my nephew, who I hope to be a fourth-generation union member. And I’m going to continue to work in whatever endeavor I can to make sure to show him and the remaining members of my family what union workers do, what they stand for, and what they’re about.

So just to clear up a few things, because we’re not on the line for wages. We have a couple different things going on. Locally and both nationally. This is a nation fight, this isn’t just local. Our local issues, which I am more versed in, those actual issues I’m just going to speak quickly on those.

We have a couple different things in our contract, I don’t know if anybody here has seen a union contract and what it looks like, but the language is quite tricky if you don’t know what you’re really reading. But there’s a section called 2.15D that basically is interpreted as the union bargaining rights. The company wants to take that completely out of our contract. So what that’s going to do, it’s gonna allow them to be able to change our schedules, change our jobs, duties, classifications, wages, and ultimately it weakens the union. And what my president would say is puts us as a union on paper. At that point the union won’t be able to negotiate or bargain for us.

Also with these nineteen 12-hour shifts there’s such thing as a ‘draft.’ In that draft it says that if my relief calls off, and if no one can cover that’s currently on shift then I’m forced to stay an additional 6 hours. That puts me at 18 hours. Either I can do 18 or go and rest for 6 and come back and do my own 12. Or I can go knowing that I have to be back in 6 hours and work then next 18, which would go to my next 12 hour shift. So 18 hours, it’s nothing to sneeze at. These are the types of conditions we’re working in in the refinery and this is what we’re fighting for in our contract, this fatigue policy. We need that lowered. If anyone wants to talk about wages at that point that means it’s gonna be taking the overtime that we really don’t want. We would prefer that they actually hire more staff. (Applause.)

There are new projects coming up that we encourage the company to hire the laborers for, the electrical unions, the carpenters unions, whatever work that needs to be done for these new and improved ventures that the company has coming up, we encourage that. We’re not being selfish. Because those same union brothers are the ones standing with us on the lines right now. So we encourage them to be able to employ these other unions when they have brothers and sisters that are in need of the work, to stay in comfort and provide for their families.

Now I know this may not mean a whole lot to you, but I’m grateful for the opportunity that my president is giving me, Dave Danko. My vice-president, Steve Halajcsik, and my entire division representatives, and the 7-1 members for allowing me to be able to speak on those things that the communities need to hear.

We need your assistance. To be able to sustain this. We need everybody’s help. We know what’s coming out of that refinery. As an EMT and a patrol officer I see the injuries firsthand. When someone gets hurt it’s me and my crew. We go get those folks out of the refinery and take them right here to East Chicago, to the hospital.

On August 27, 1955 there was an explosion at the refinery. Everybody here knows what I’m talking about. At that time my mother wasn’t even born. But I’ma tell you this: On August 27, 2014 we had another explosion, and I was there. That was my crew working. I watched them for two hours attempt to put that fire out. I saw the damage that it did to the young man that I took to the hospital. I took him to the hospital. Was he physically injured? No. But it almost broke me down to see him be an emotional wreck from the time we left that refinery to the time we got to St. Catherine’s. He wanted to make sure everybody got out. That man is a hero. He saved the lives of so many people. He saved further damage from being done to the equipment inside of that refinery. I have not seen that man since that day. And it’s been several days since then, but I will never forget the look on his face when he found out that everybody got out safely.

It is not just a concern of mines and that young man. It’s a concern of every single BP employee that is standing on the line right now. We will not go back into that refinery at the rate of where we are in negotiations. This is our only chance to stand and let them know we will not back down. It’s not just the 1100 members of USW 7-1 but we have SEIU. We have Local 1010. We have 1014. We have 6787. We have District 1. We have Local 1. All of District 7. I can’t even remember all the numbers for the local support we’ve had. And then we have communities. We have mayors. We have congressmen. We have so many people that have come out to stand with us, say this is only right, and we’re gonna stand with you.

There are more than several ways that you can help. If you can write a letter to OSHA, that helps. We need OSHA to be involved. If you can send a letter to the spokesperson for BP. We need him to hear your voice too. He knows what we want. If you can just express your gratitude for the opportunity that someone would stand and walk out on such a good wage job for a key issue of safety, spread that word at your churches. At your community events. On your jobs. Because I can assure you if 7-1 can help any local union, brothers, sisters, whoever. We will be there. Phone call away. I thank you for this opportunity (applause), thank you for allowing me to come here. 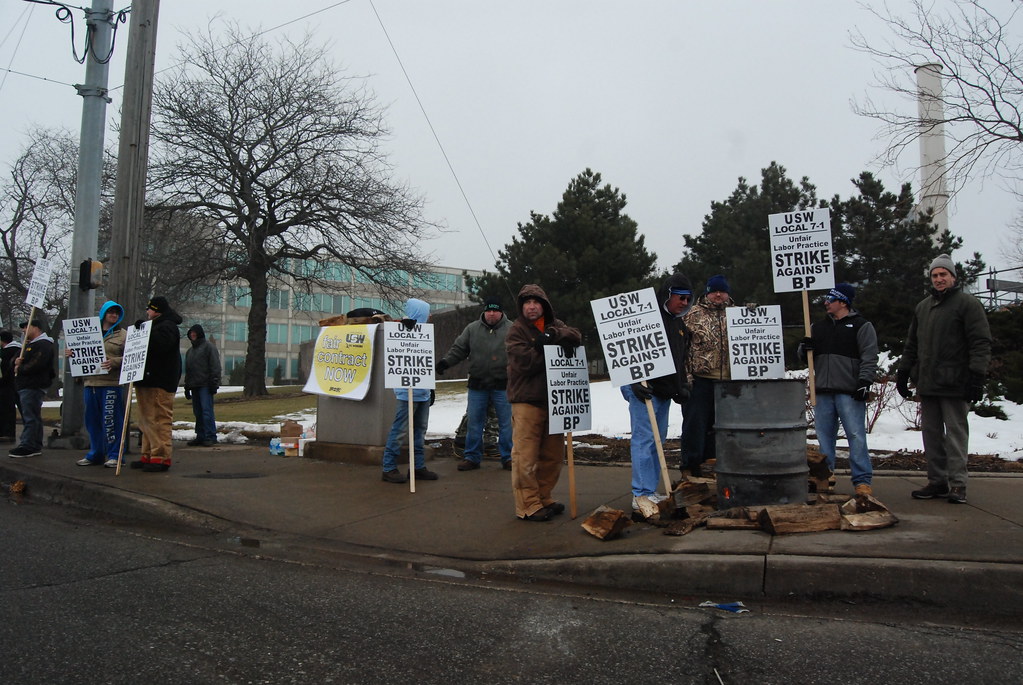 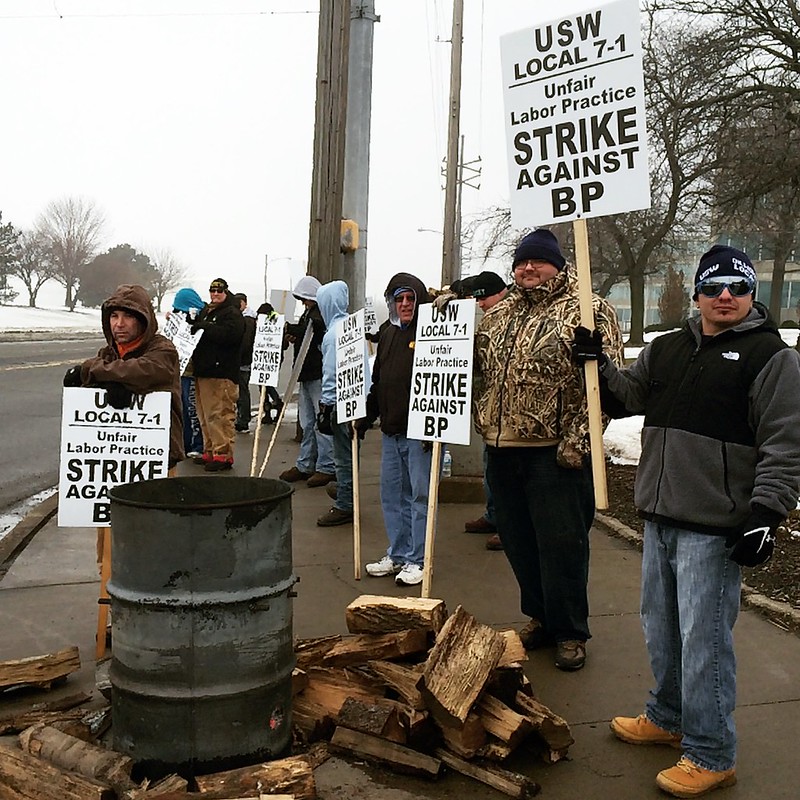 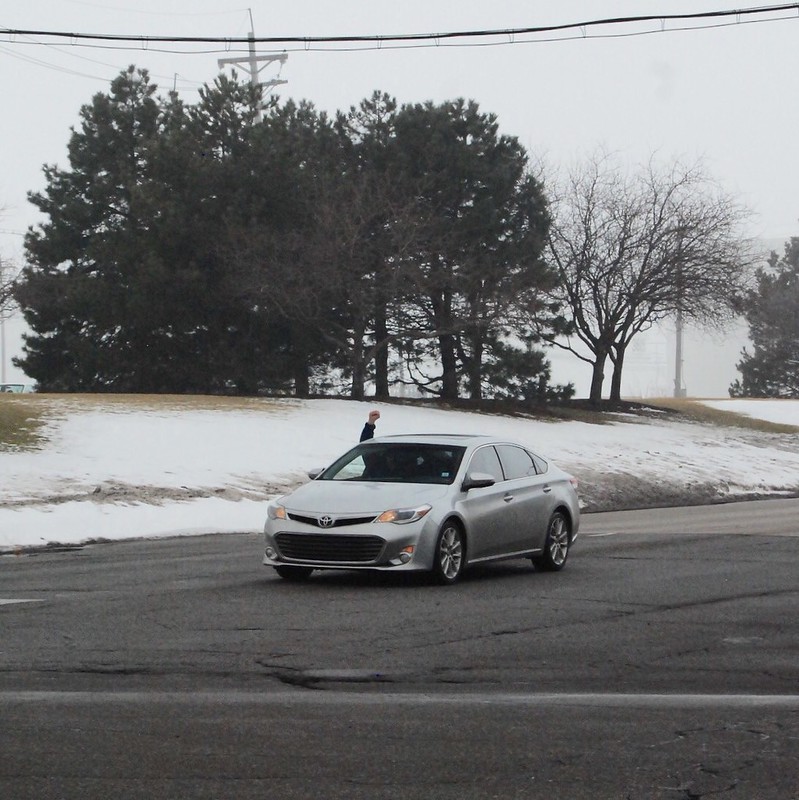 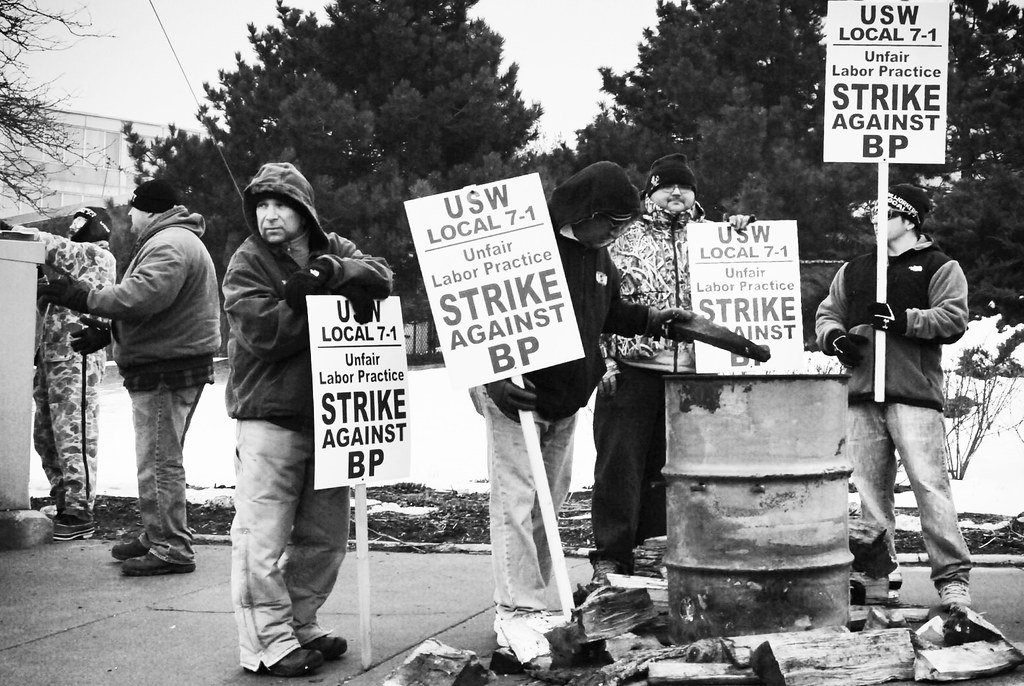 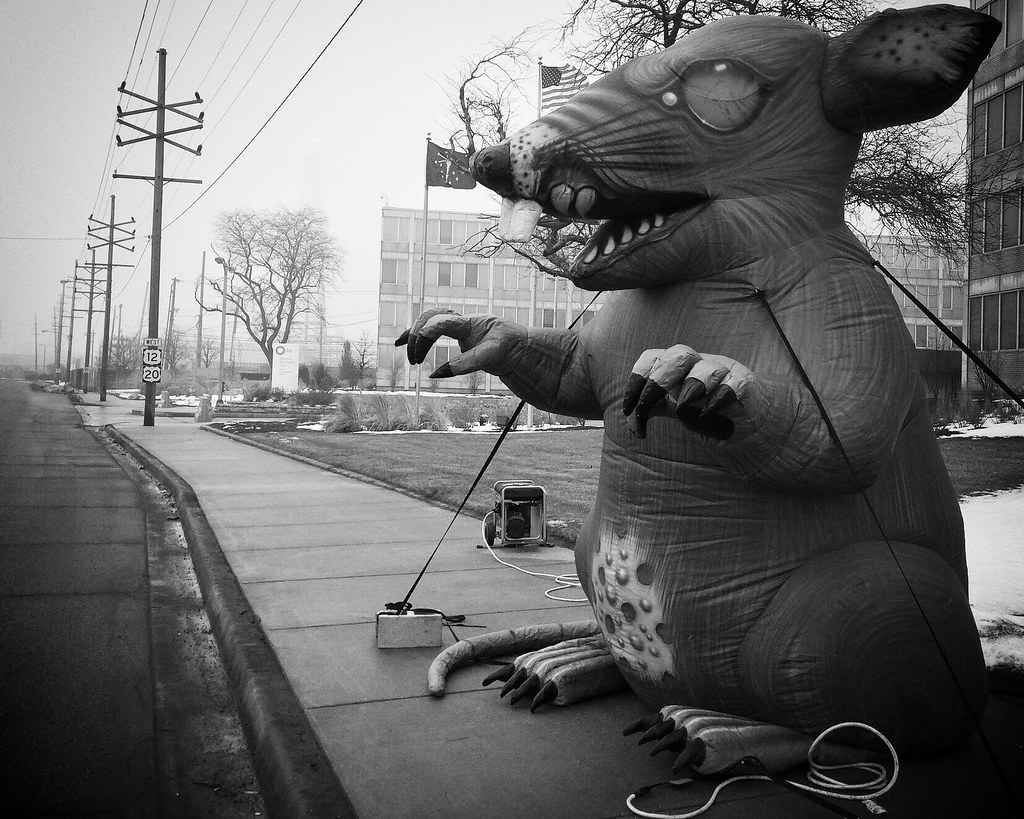 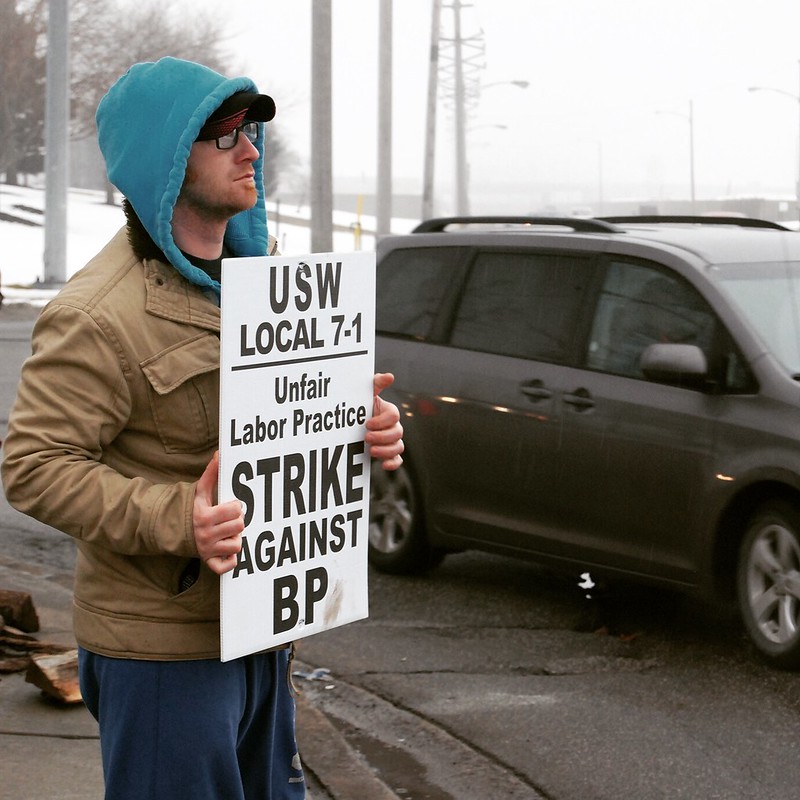 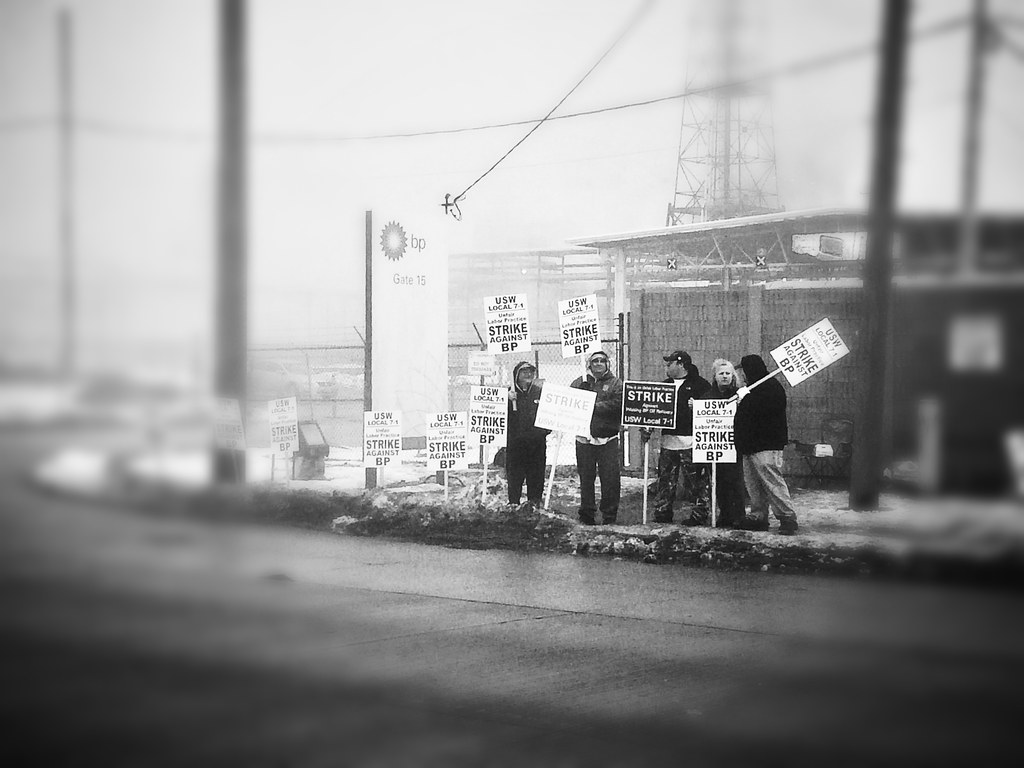 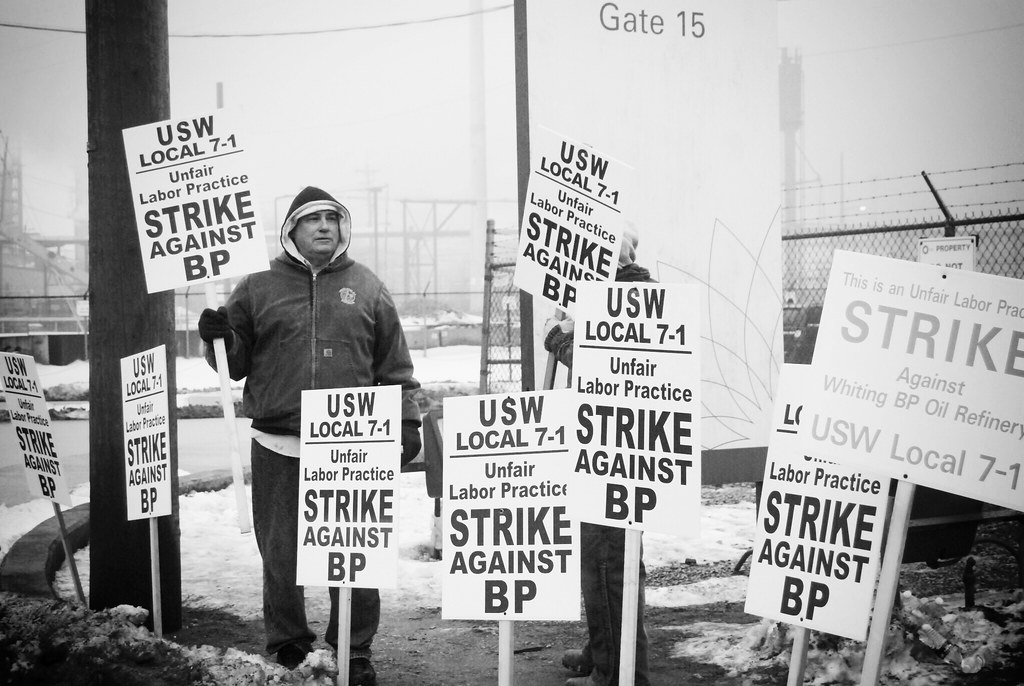 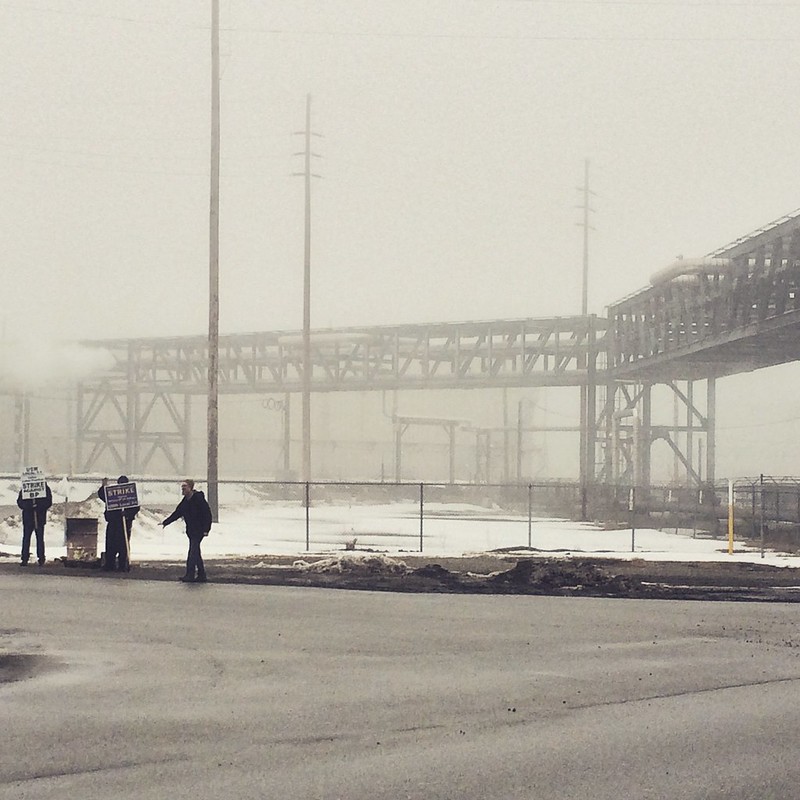