30 May 2017 update: This weekend I spoke with a union leader who knows of at least one person still alive who witnessed the Memorial Day Massacre. He told me she was seven at the time, making her 87 years today.

East Side Chicago, IL The 1937 Memorial Day Massacre at Republic Steel on Chicago’s far East Side is an incident at the historical juncture of living memory and The Ages. My guess is that all eye-witnesses to the violence have now since left this Earth. While film footage exists, it is black and white, a bit grainy, and lacks the decisive moment. Yet this moment still feels near enough in time to us. The cameraman may not have caught the start of the police onslaught against the striking steelworkers, but film footage of the aftermath is brutal. And much like the late 1930s, newspapers are again filled with stories of economic misery, union action and the right of collective bargaining, and police brutality.

During the height of the Occupy moment I was asked by my friend Mariame Kaba of Project NIA to produce a zine for teens and young adults, part of a series on historical moments of police violence. I eagerly took the opportunity, considering it my little contribution to a then-ranging debate: “Are the police part of the ‘99%’?” Those who wouldn’t be informed by history would soon be convinced by the way things played out on the streets, and continue to play out, as the violent response to Black Lives Matter shows. 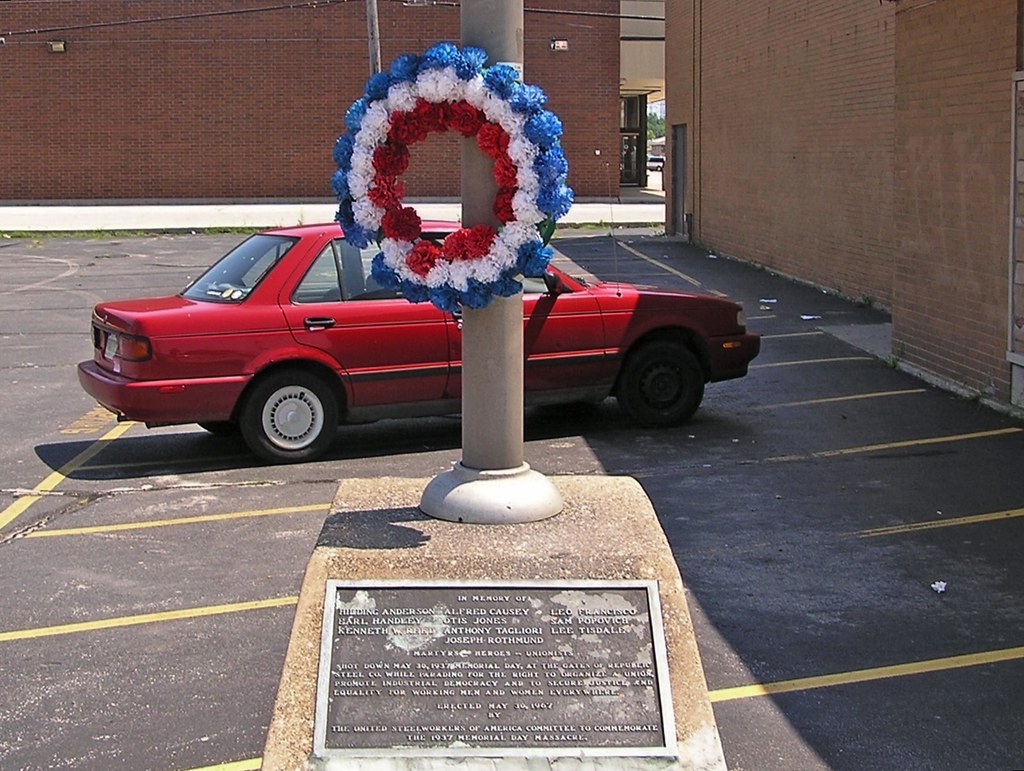 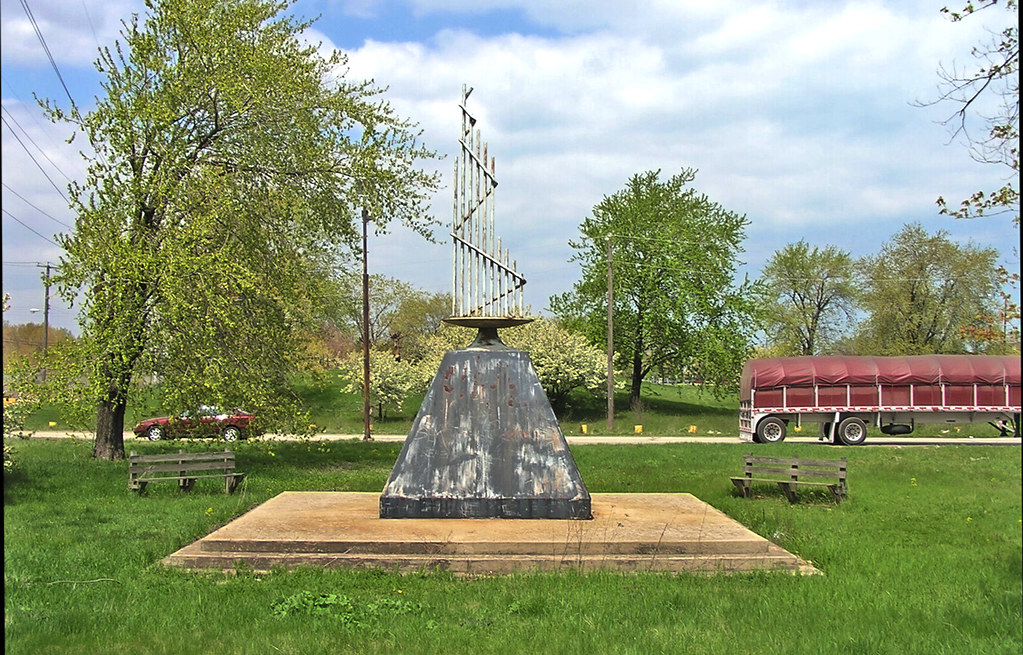 As I detail in the zine, the labor movement and its allies had to immediately and has to continuously guard the history of this event. That duty has been boldy undertaken by the next generation of human rights activists. The following photos by Sarah-Ji Pix and Tea Cal document Chicago City Hall on 18 March 2015, when supporters of the now-successful Reparations Ordinance staged a pop-up art exhibit and teach-in on the history of police violence in Chicago.

One participant, Monica Trinidad – an excellent organizer who grew up near the site of the attack – spoke to the legacy of the 1937 Memorial Day Massacre:

As a child, passing by 118th and Avenue O (closest accessible intersection to Burley) meant nothing more to me than the freakishly large, open field we happened to pass by on the way to the strip mall. As I grew much older, I began to notice the mysterious composition of silver poles on a slab of concrete situated across from the freakishly large, open field, glistening under the hot summer sun, and wondered what its purpose was.

It wasn’t my family, nor my friends, community, or even history books that taught me about the Memorial Day Massacre. It was, in fact, a piece of art that taught me. This grand, steel sculpture, created by former Republic Steel worker Ed Blazak, opened the doorway for me to learn about the horrific police violence that occurred in my very own backyard. The sculpture includes 10 steel pipes, representing both the smokestacks of the ten steel mills that existed in the area at the time and the 10 people murdered by the Chicago Police on that fatal Memorial Day in 1937.