A conservation struggle is emerging in Michigan City, Indiana. Bismarck Hill, the city’s last remaining undeveloped dune, is eyed by developers and the parks department for a privately-operated, seasonal zip-line business.

Residents plan to speak on the issue at the city council meeting on Wednesday, 7 June, 2017.

The Michigan City Social Justice Group asked its followers to state reasons to preserve an undisturbed landscape. Responses note the ecological problems and limited economic benefit that private development would bring. The major regional environmental and conservation organizations have thus far failed to make a statement on this issue.

This sort of development seems to contradict the parks department’s natural restoration efforts undertaken earlier this spring. In March the department spoke of the “substantial benefits” to “native communities” such as “long-term reduced maintenance costs, carbon footprint reduction, improved soil stability, excess nutrient filtration, stormwater runoff reduction, aesthetic enhancement, and increased habitat diversity for insects, birds, amphibians and mammals.” All things that would be impacted or disrupted by this proposed business.

Had the chance today to tramp around an 80 acre black oak savanna, currently owned by the City of Gary. The parcel is a mere block west of Lake St in downtown Miller and is south of the Miller Woods and the Indiana Dunes National Lakeshore. 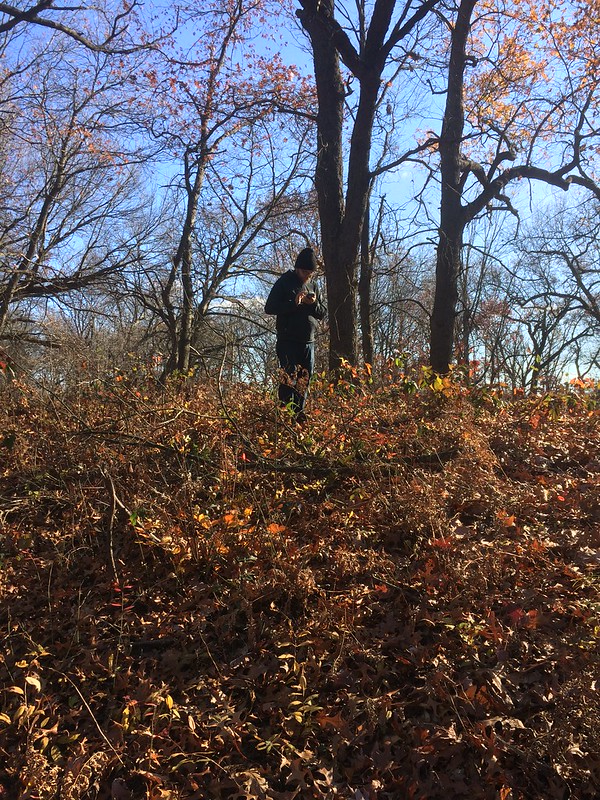 It’s a healthy dune and swale with many native plants, a clear understory with lots of space in between the trees, invasive plants relegated to the edges, and very little litter. We counted 7 tires, 2 pop cans, and a shoe. A little stream curves around low dune ridges, a true rarity out this way! 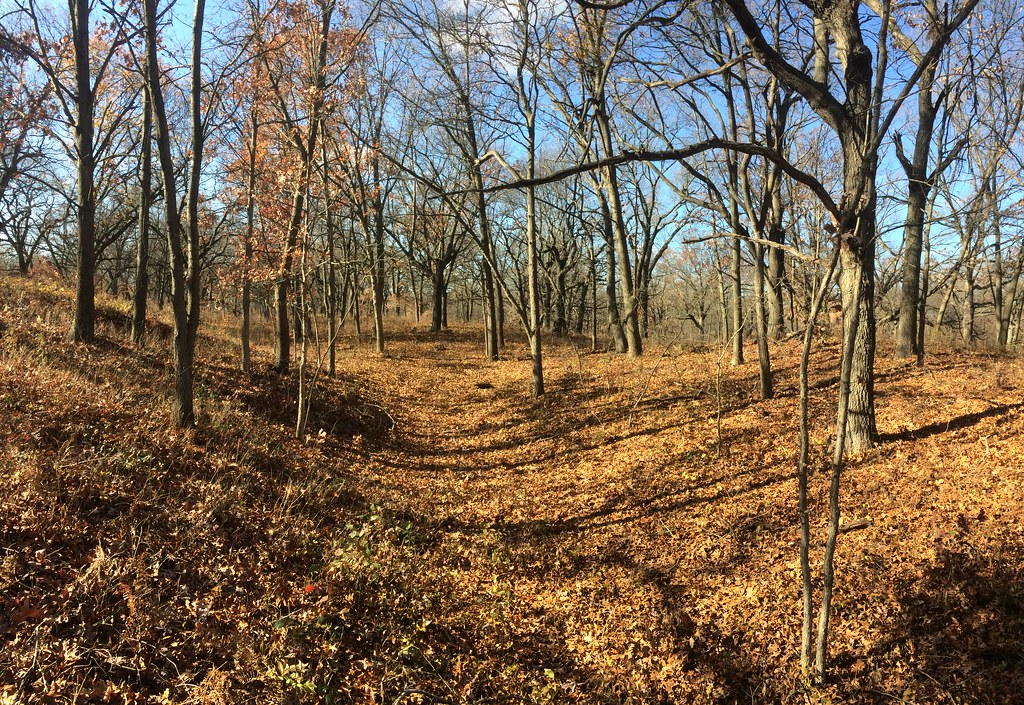 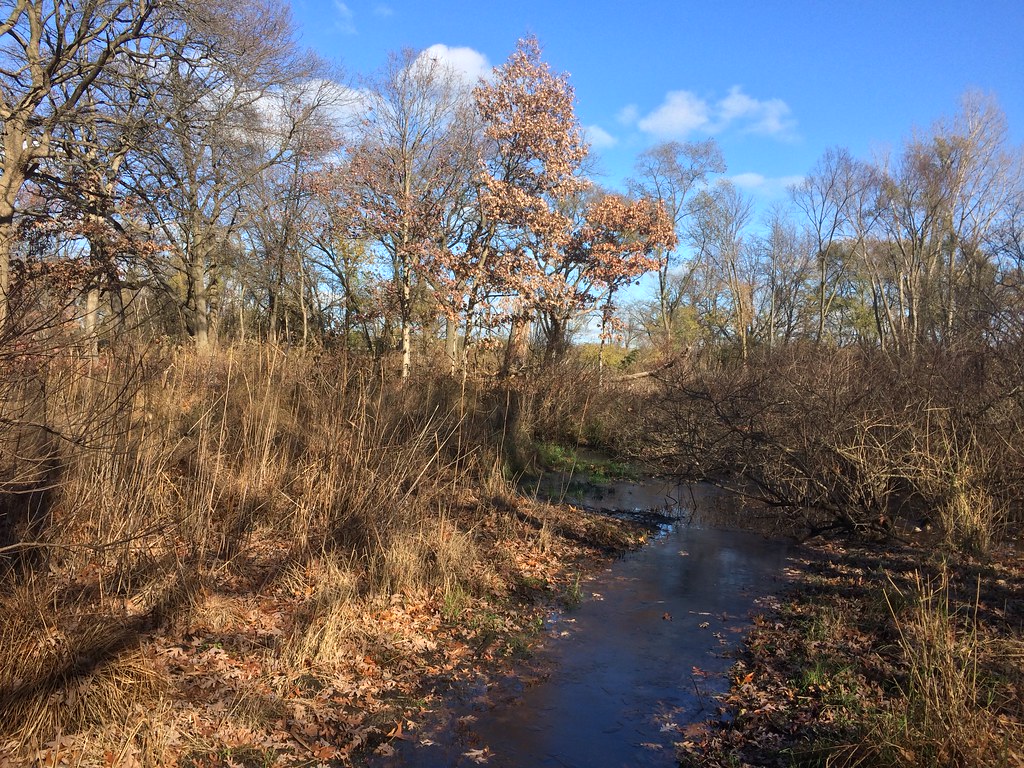 Two interesting finds: First, a partially decomposed and badly mangled deer carcass. One of the unfortunate thing’s hooves was about 15 feet away. We also found the word “POACHER” spray painted on a tree. Word on the street is that a few old timers still hunt in these woods, that would perhaps explain the occasional early morning rifle shots I’ve heard. But no shells or other signs of human activity were noticed. The beaver have been busy tho. 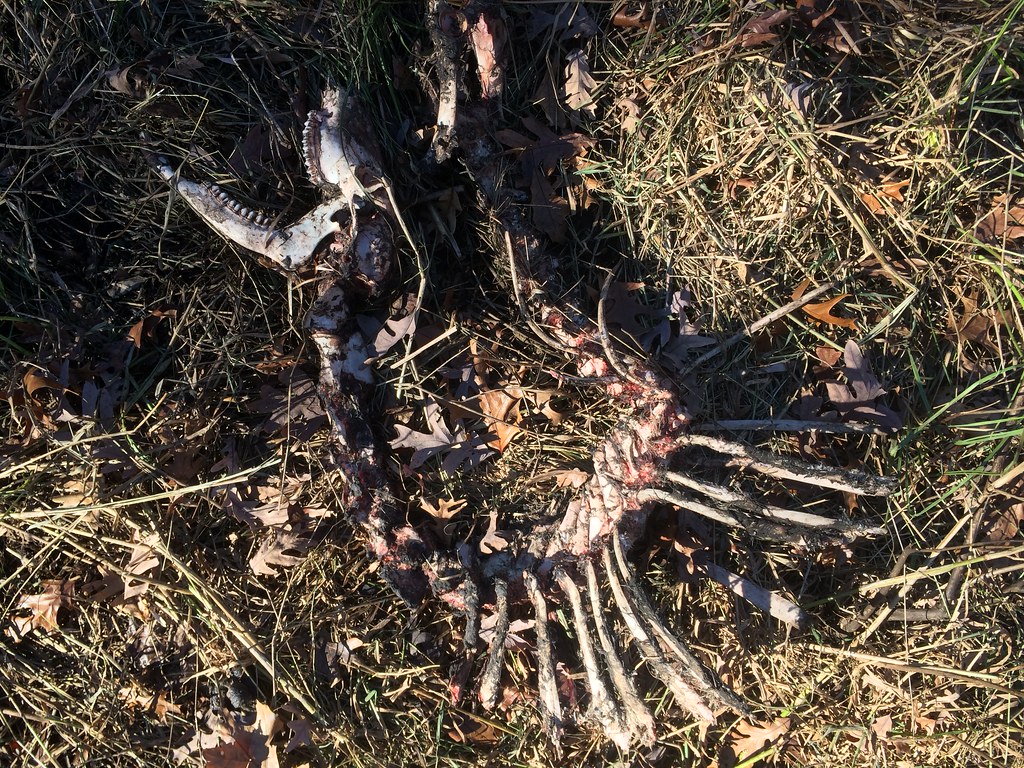 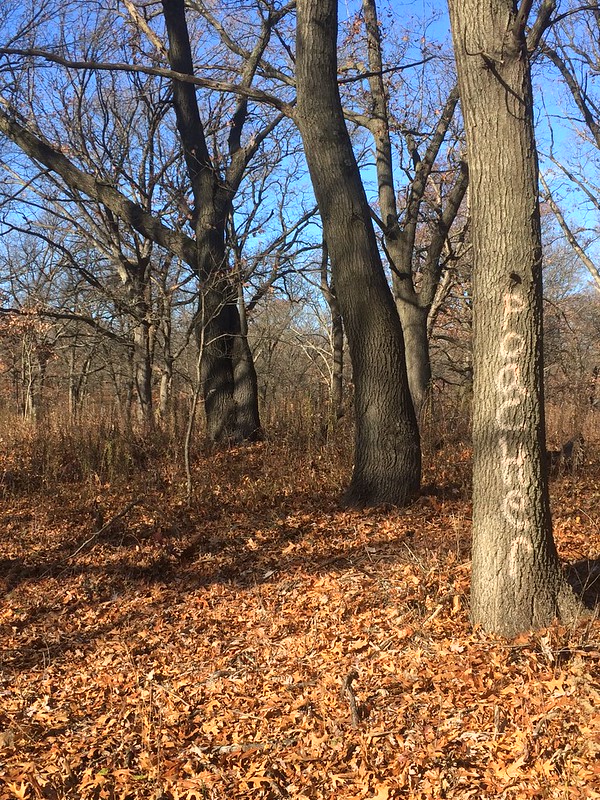 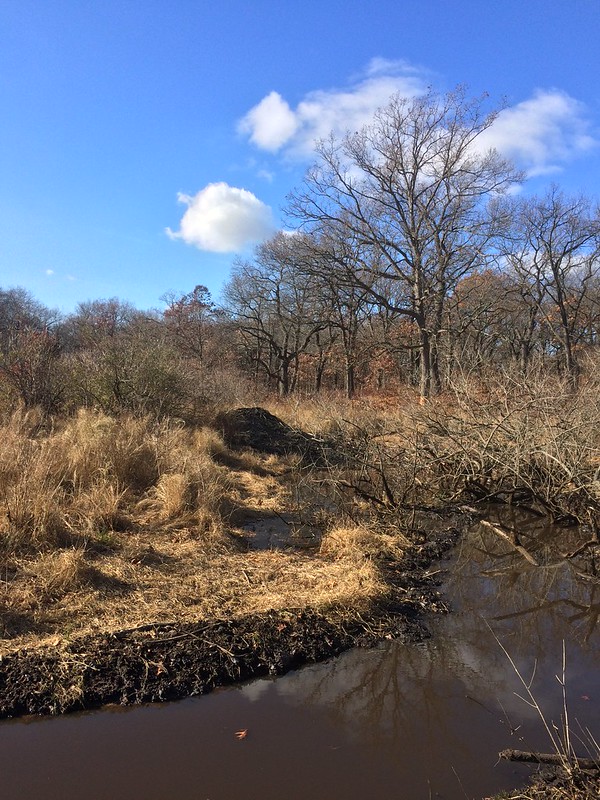 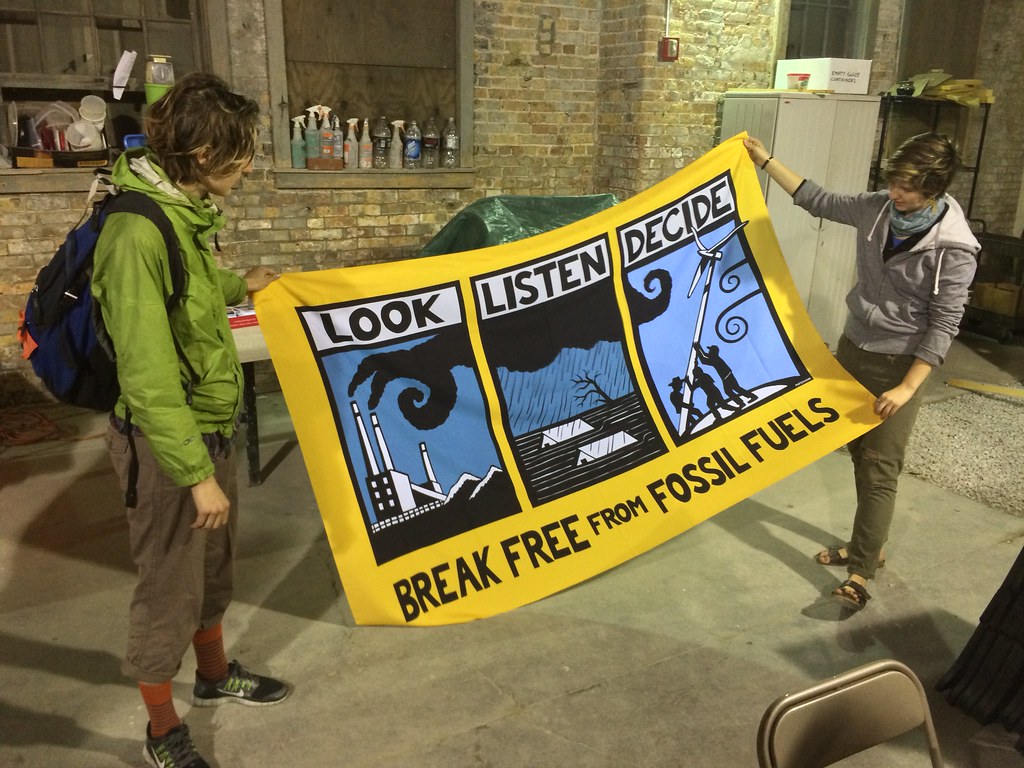 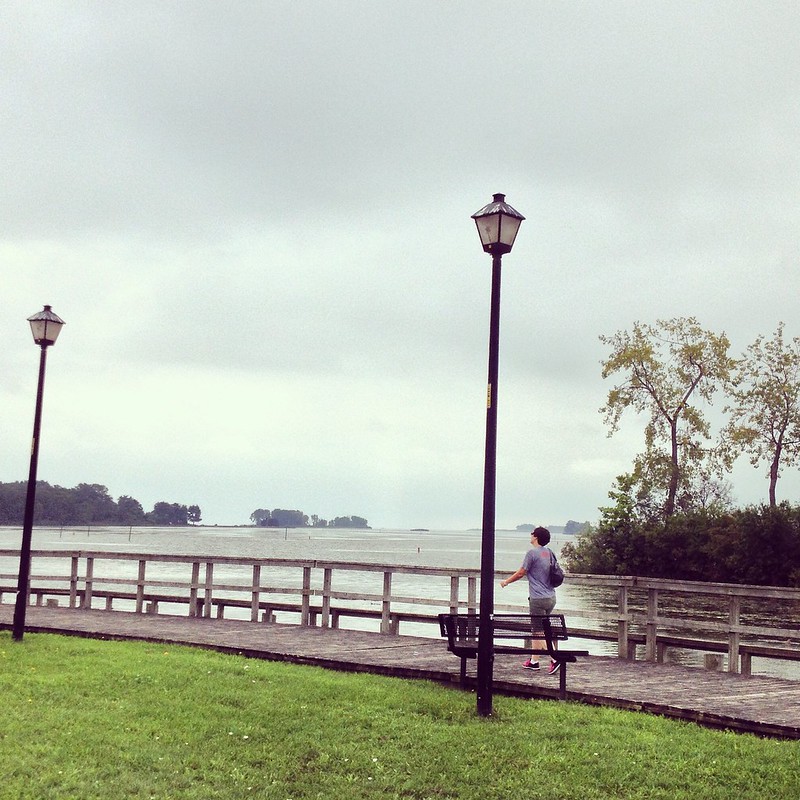 Mount Baldy is a 126 foot tall living sand dune on the easternmost edge of the Indiana Dunes National Lakeshore. It is unsuccumbed to nature and society, moving southward 4-9 feet each year; swallowing trees, the forest, boardwalks, observation towers, parking lots, and in 2013 a small child. 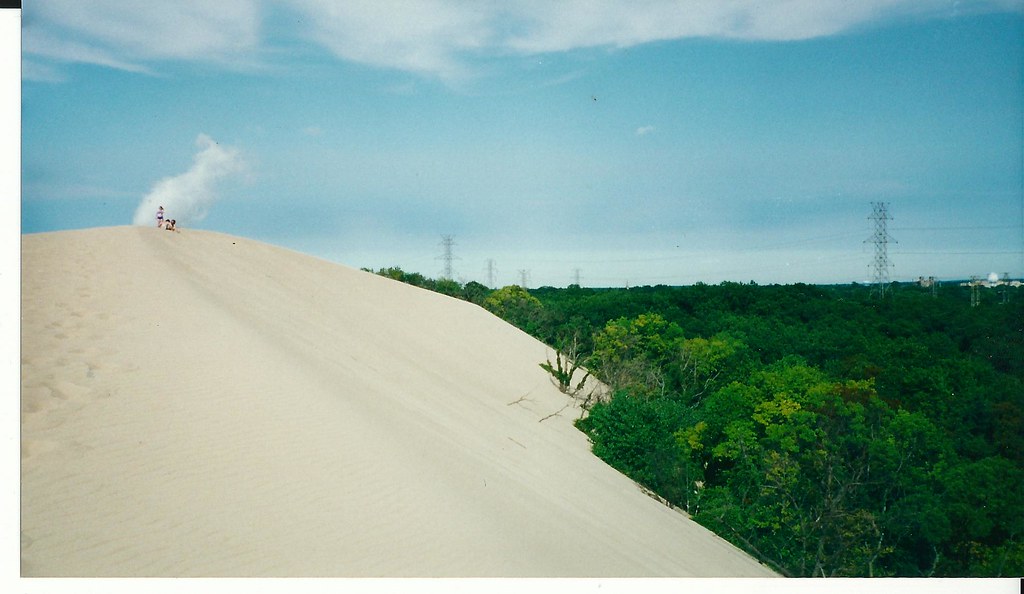 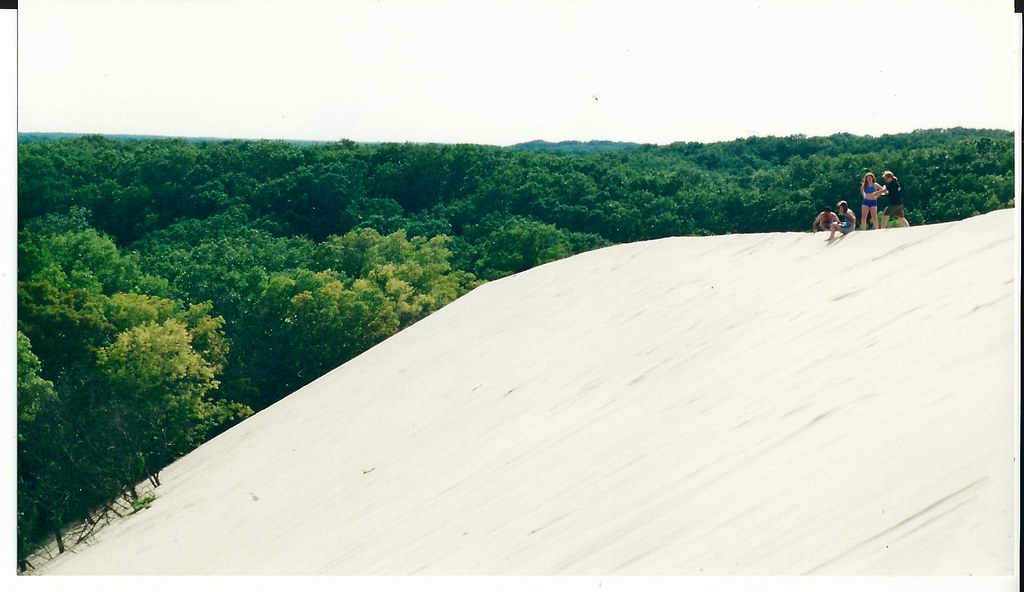 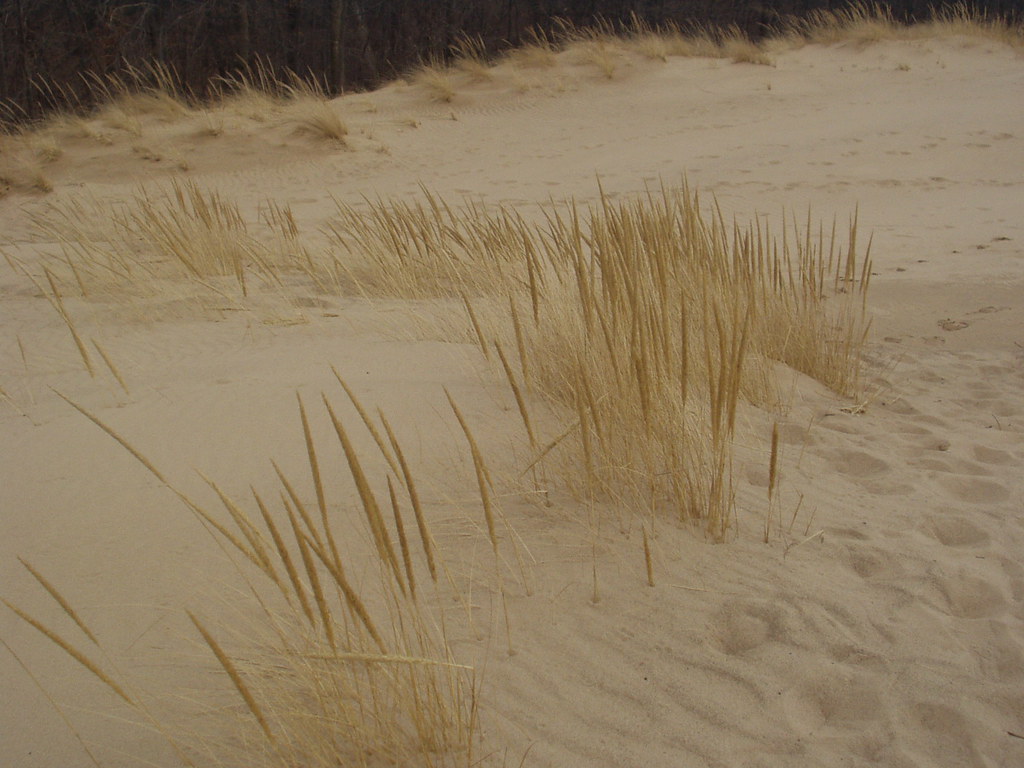 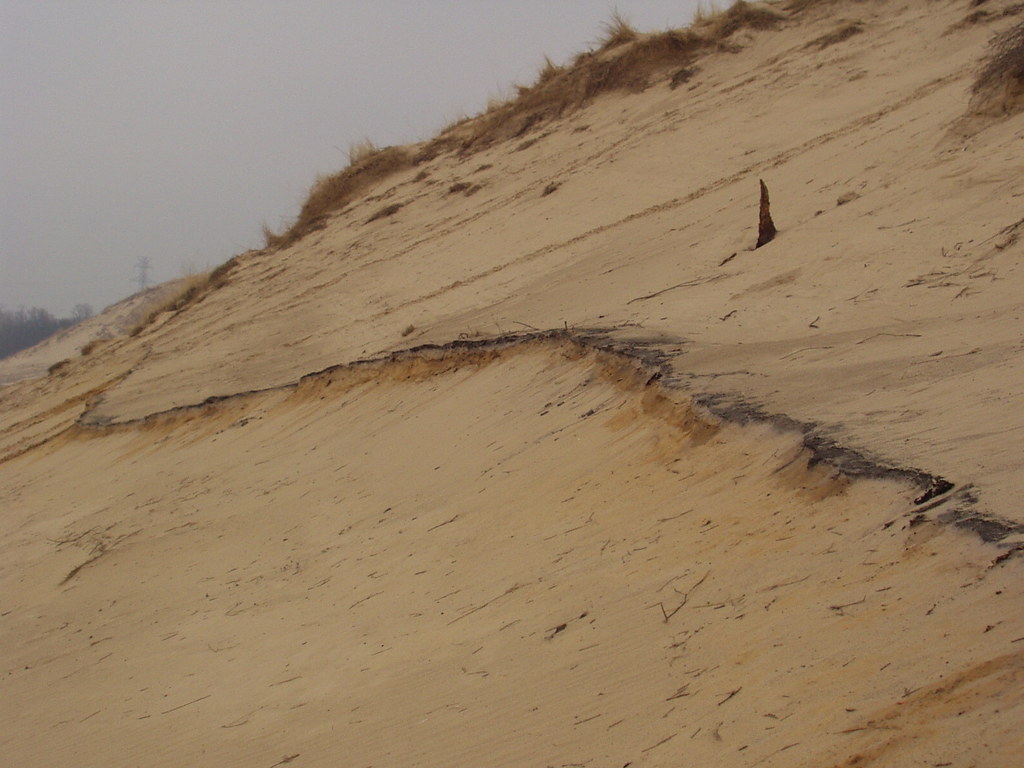 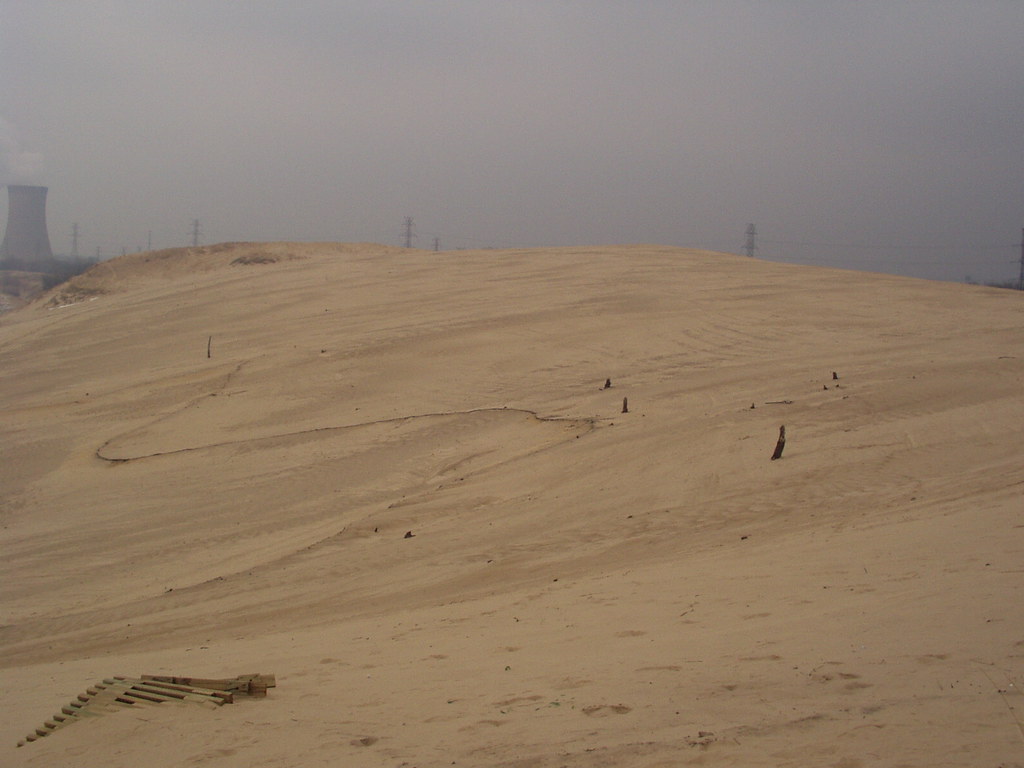 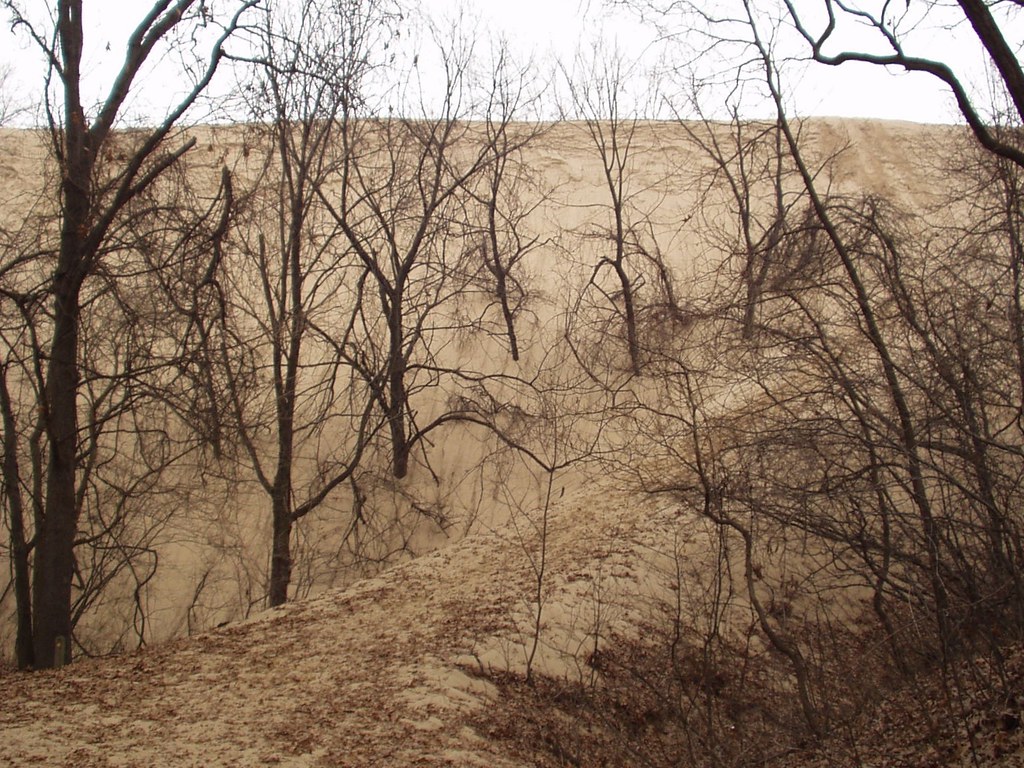 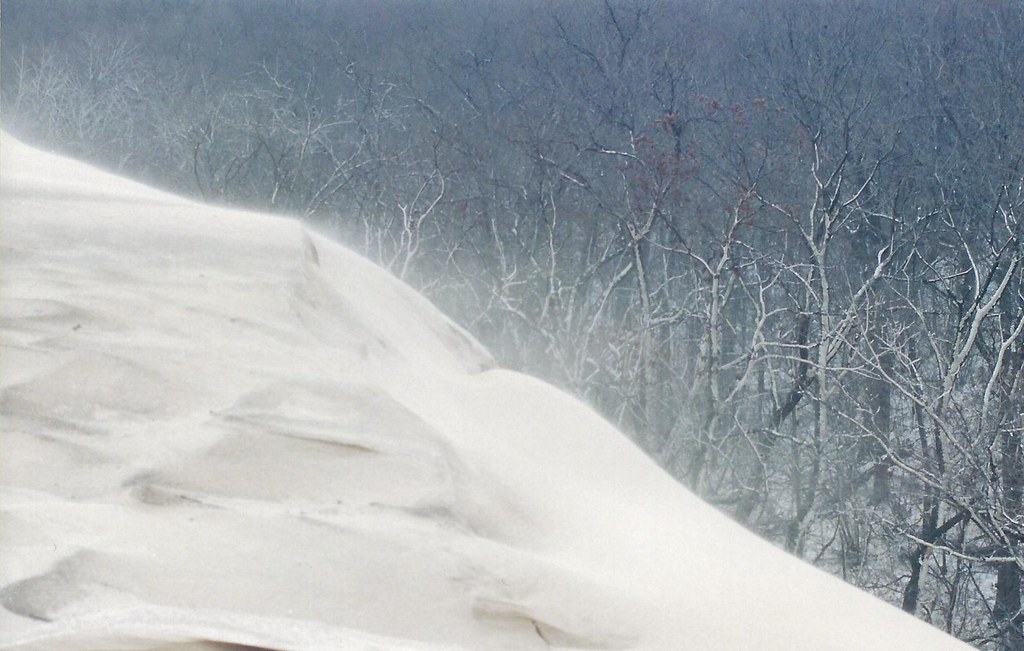 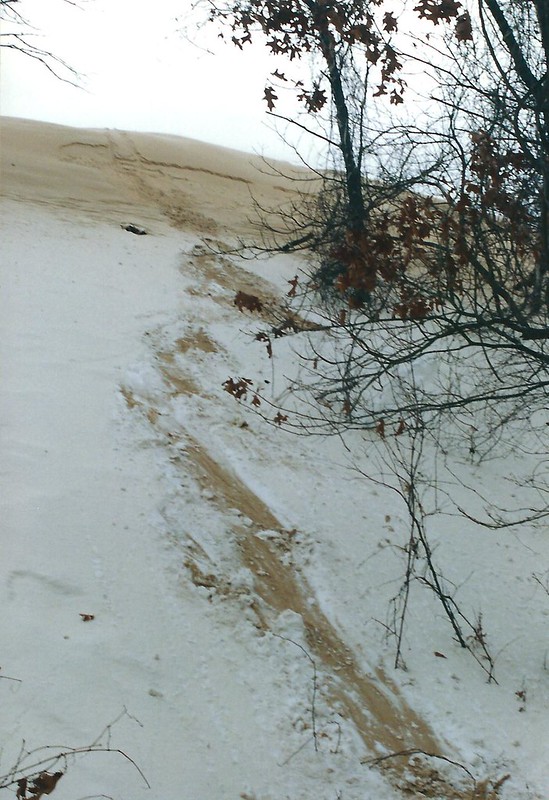 A strong wind sent me tumbling down from the peak, ass over elbows. My journey was preserved in a trail left behind in the sand and snow shown in the image above. Midway down I hit a clump of trees,  bounced westerly a few feet and continued tumbling ass over elbows until I reached the bottom, startled and dazed but fortunately uninjured. As you can see below, the digital camera in my coat pocket deployed during descent. 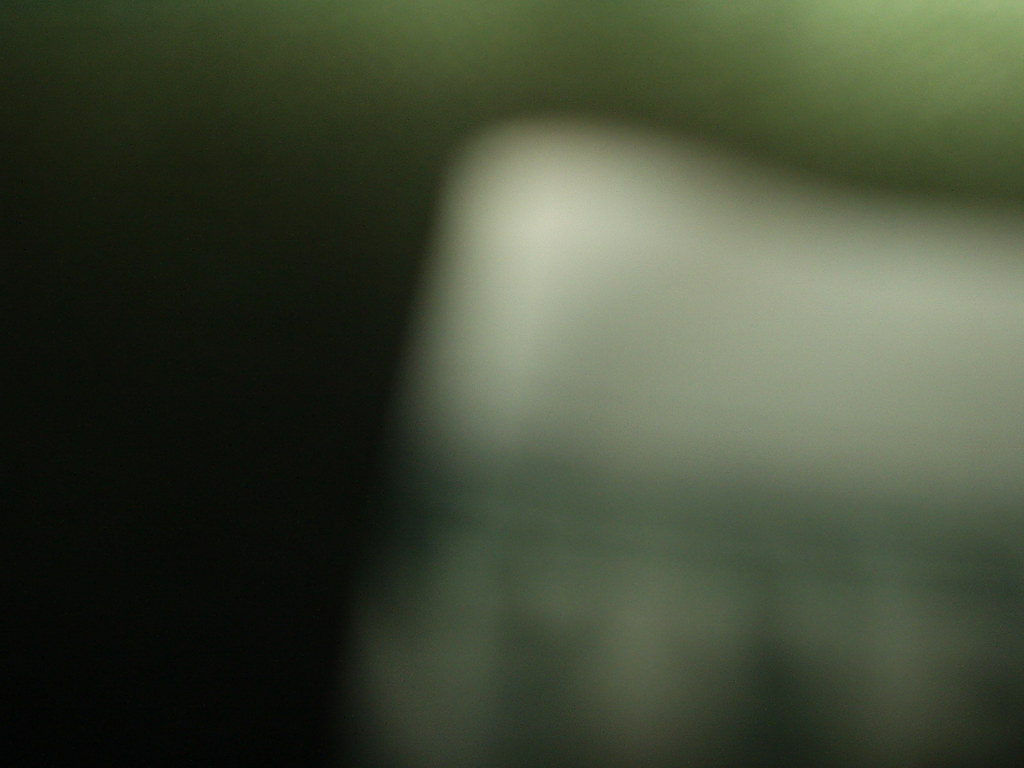 I’ve never been able to capture Mount Baldy in a single image, but the tiny humans in the images below should give some sense of the enormous scale. While shorter than its cousins in Sleeping Bear Dunes this is a majestic mountain of sand, a desert adjacent to the northern forests. With another closing announced for 2015 I’m missing this quarantined friend, the strenuous climbs and rewarding sunset skyline views it offers. 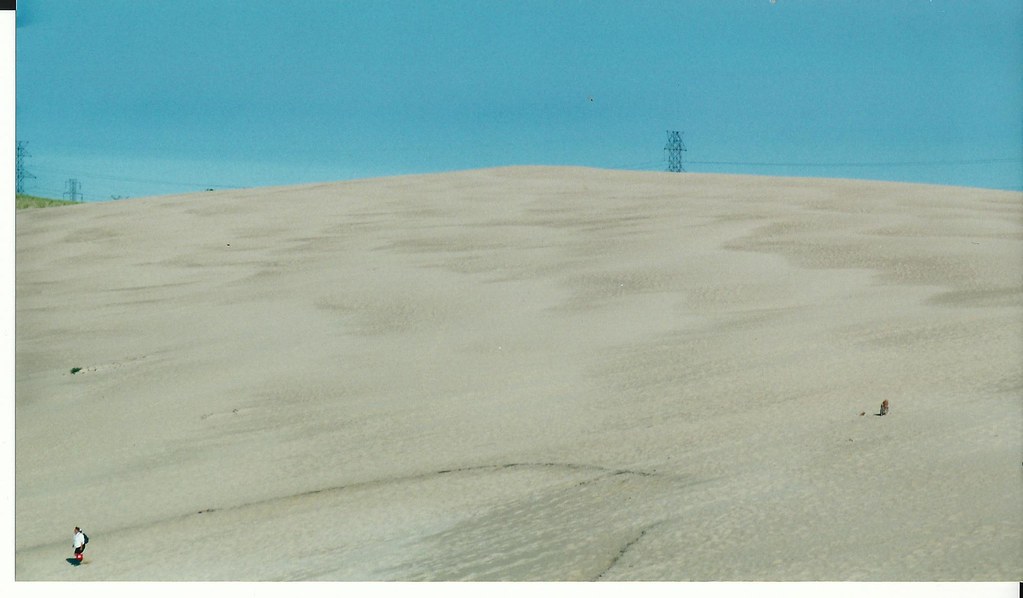 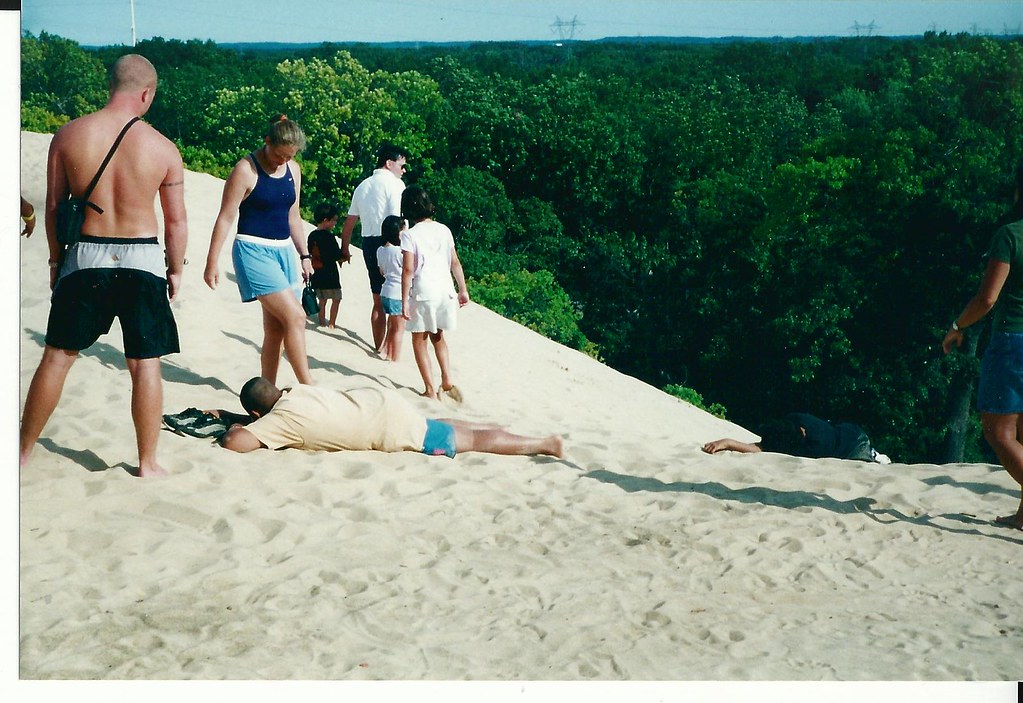 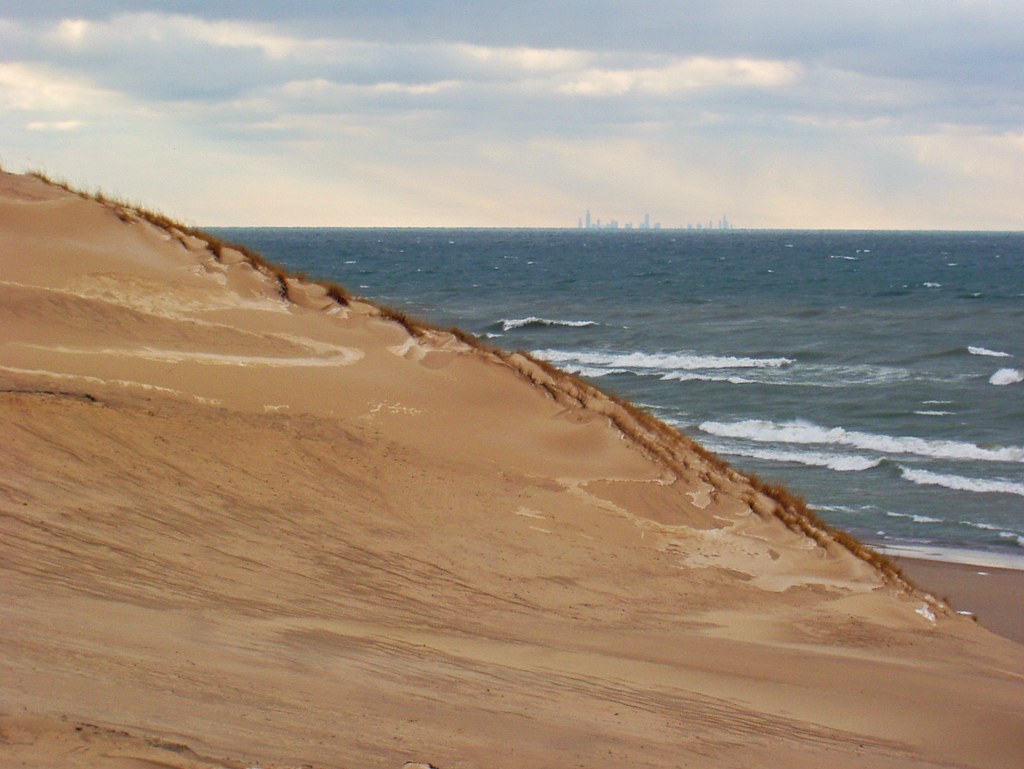