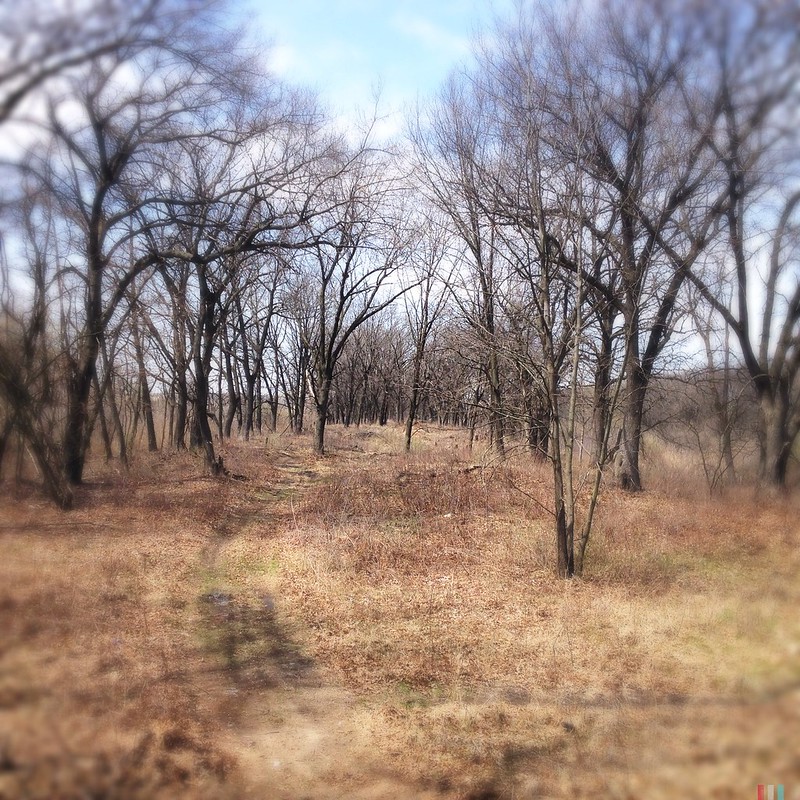 “Ivanhoe South is one of our real treasures at Shirley Heinze Land Trust, largely because of the way we acquired the properties. It is unique also from an ecological perspective, it’s extremely biodiverse and has some global significance as a dune and swale habitat. We had several volunteers that started picking up the property at tax sales in the early 1980s. So it’s actually one of the first project areas Shirley Heinze set out to protect.

In 1984 we had the first acquisition, a small lot. And when I say small lot think in terms of a subdivision that platted for development and a parcel that is sold for a house to be built on. That’s exactly what occurred here. It was platted and subdivided. Lots were sold to individuals but it never ended up getting to the stage of having roads put in or houses built on the parcels. So you have this swath of vacant land right in the middle of a city, a very urbanized place with industry nearby, four-lanes roads, and subdivisions.

This is in essence is a puzzle of 300+ parcels that we picked up at tax sales, one by one. In some cases we had funding, in other cases we didn’t, and now we have almost an entirely contiguous 30 acre swath in this area that we’ve protected with the exception of two lots that we’re focused on acquiring. Once they’re acquired we’ll be able to combine almost 30 acres. We were able to work with the City of Gary to vacate the undeveloped streets and alleyways within that platted subdivision., it’s something we worked on for about 10 years where we would approach the city. And I think it’s a reflection of the city’s interest and appreciation of what we’re trying to do.

We still have a challenge in that municipalities apply stormwater management fees to properties. We’re working with the city to come up with an amenable solution to many, many stormwater fees. Actually a pretty substantial amount of money. We’re hopeful that will get addressed soon. But that’s one of the things we’re working on the city with. 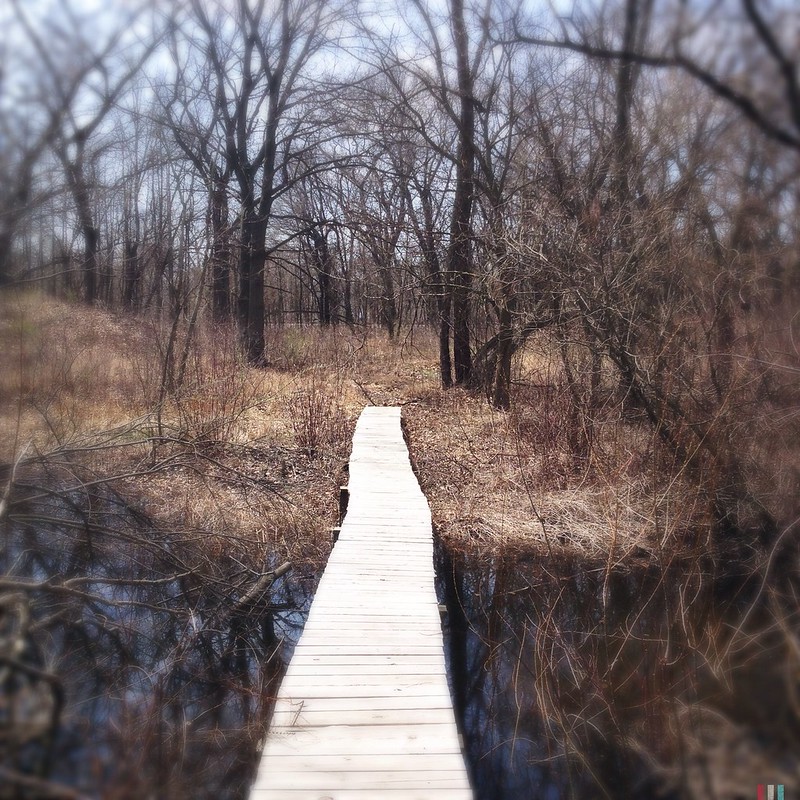 We are fortunate to have received funding from The Legacy Foundation and many individual donors to go in an remove tires and shingles and literally dumpsters full of trash and debris that has ended up on this preserve over many, many years. It’s one of the things you inevitably see. Land that is vacant isn’t necessarily managed so you deal with dumping issues and people don’t necessarily appreciate it if they don’t exactly know what the use is. So over the years we have installed a parking lot and put in a trail. There’s signage on the preserve so the residents in the area see it as a resource and we have also set out to conduct community hikes there, to get residents and Northwest Indiana as a whole invested and interested in this project area and our other project areas.”

What were your first impressions of the site?

“I took on a staff position with Shirley Heinze in 2005, so a lot of progress had been made prior to that. What we’ve done since I started with the organization is filling in the gaps by picking up parcels so that we can have more of a nature preserve where we own the property within the project area so it speak. The trails and parking lot, that’s something we really focused on in 2007 and 2008; making it a resource for the public is what I’ve seen transpire there. It’s really great to see people out there using the resource and that’s been a shift for us as an organization where we’re not only protecting the property, restoring it and managing it, but also making available to the public so they can enjoy it as well.

It does have implications when you think of a park where the design is to let people recreate in a natural resource. And what’s even more unique for this area, in some places you have state-listed species, or even things like the federally endangered Karner Blue butterfly that thrives and needs the dune and swale habitat. So the basis where there is value in limiting the access is protecting that particular natural resource and so it’s a little bit of a balancing act. We do have some properties we are very cautious about what the access would be if it’s a determent to any threatened flora and fauna, so it’s a little bit of a balancing act.”

What are future plans for the site?

“There are 12 acres of dune and swale that has been a part of our land acquisition prioritization document that we update and approve every couple of years at the board level. It’s one of our number one priorities and we’re pretty close to seeing that property through to ownership. Hopefully in the next month. And continuing to restore and manage the property. We’re in the process of getting a US Army Corp of Engineers Great Lakes Restoration Initiative project to take place at the site. That will really allow us to do more extensive canopy opening and invasive species and understory removal and planting of native plants to improve the ecology in places were it’s degraded.” 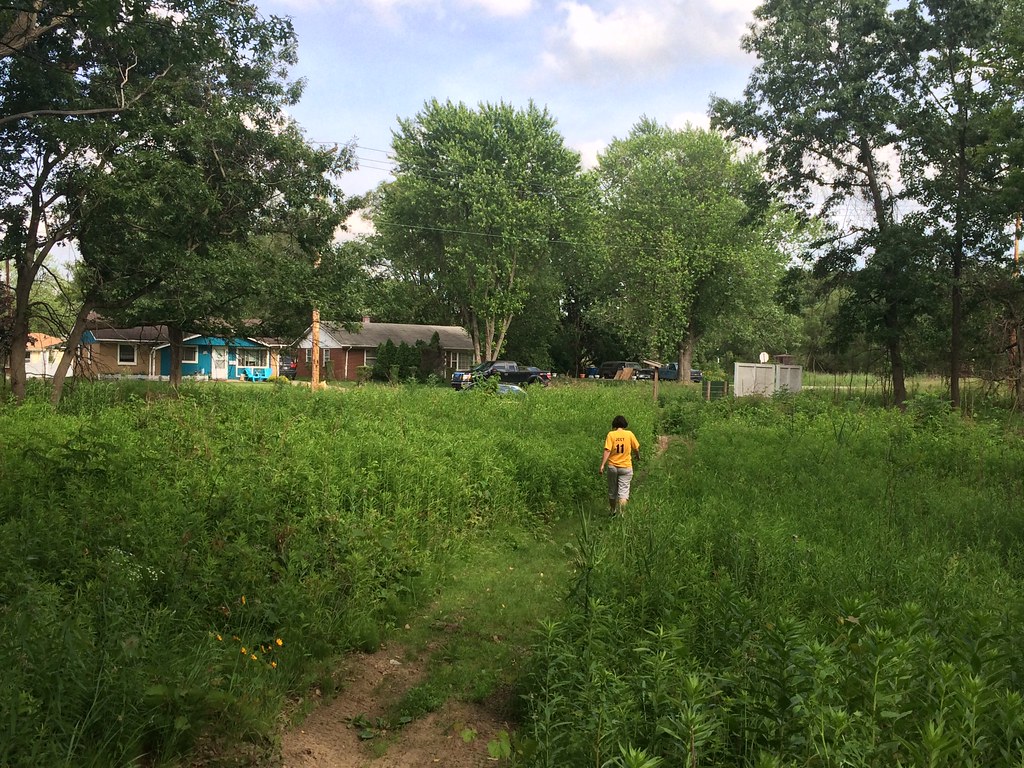 How can these natural areas help cities?

“It’s a great question. I think that Gary is very fortunate to have such ecologically significant resources. When you look at the dozens of municipalities in Northwest Indiana Gary has some of the most pristine natural land in this region. And in those properties that are protected are really a good resources for storm water management. It acts as a filter for stormwater runoff so instead of the city needing to maintain runoff, a place like Ivanhoe South serves that purpose in a natural way. It’s also acting as filter so that the water that works its way thru the system, and the hydrology of the system, is cleaner when it comes out than what it would be if it were just sitting in a retention basin. There’s a lot of other benefits to stormwater as it relates to natural areas, the reduction of flooding for example. It has positive implications there as well. I think the city is well aware of what the value is of places like Ivanhoe South and the trick is how do we articulate that to the broader community. Not just in Gary but any community where someone might not have an ecology background or understand the value of a wetland and how a wetland functions to benefit them. Things that we all need, better water quality, air quality, whatever it is that relates to the environment.” 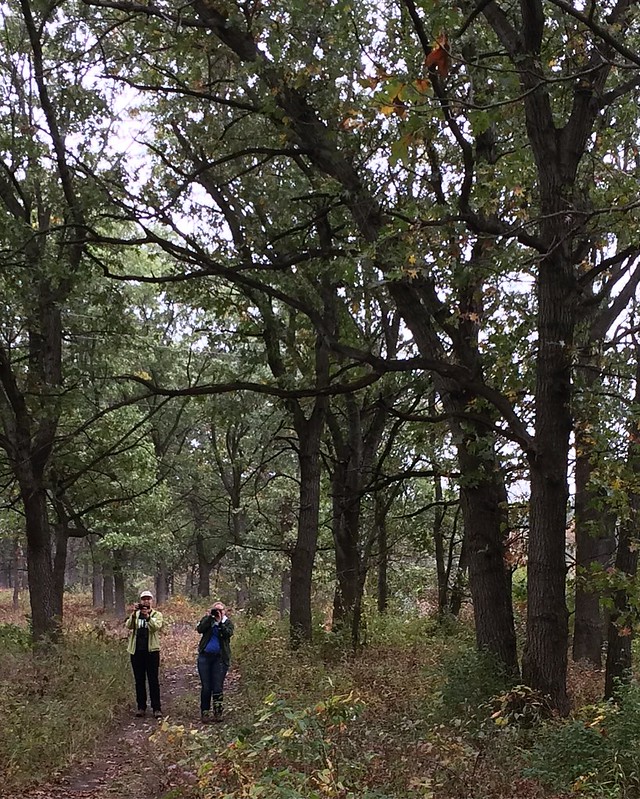